The Polymerase Chain Reaction (PCR) specifically amplifies DNA while Quantitative Polymerase Chain Reaction (QPCR) amplifies DNA in a quantitative way. Using a technique called reverse transcription (RT) (with the use of a reverse transcriptase enzyme) RNA can also be amplified. First the RNA is purified, then Reverse Transcribed into complementary double stranded DNA and subsequently, the DNA is amplified and quantified by QPCR. This method, RNA, to DNA, to quantification is termed QRT-PCR. The QRT-PCR measures RNA at any one time providing the vital method to measure gene expression in eukaryotic or bacteria cells and amplification of viral RNA. To avoid confusion, QPCR is also called real-time PCR because the amplification of DNA is detected as it progresses in Real Time using a fluorescent reporter. The fluorescent reported signal strength is directly proportional to the number of amplified DNA molecules So for QRT-PCR, the signal is proportional to the number of RNA molecules that was reverse transcribed. This technique is also commonly used to measure genetic responses to drugs.

PCR measures genes, gene activation and gene regulation, such as regulation due to ligands triggering receptors and gene modifications by microRNAs (miRNA) and silencing siRNA. Typically, the transcribed gene product, mRNA, is normalized to a selected normal unique ‘housekeeping’ gene sequence that would not be regulated or vary in cells under these experimental conditions for gene activation or regulation.

Once DNA or RNA amplification is completed by PCR or RT-PCR, respectively, then the amplified region can be sequenced and compared to the nucleotide sequences from known gene sources, for example, from specific individual patients, cells, animals or pathogens. Quality controls include PCR product melting curves in which the double strand DNA product is heat denatured and, thus, becomes single-stranded as the temperature is raised above the double-stranded DNA melting temperature. This melting temperate of the double-stranded PCR product is specific for each unique sequence and display of this single-stranded product on a sizing gel clearly shows that this particular unique sequence was indeed amplified.

Some of the common uses of PCR or RT-PCR include, as follows:

Ready to Start Your Project?

Our Scientists can help you

Celebrating 27 Years of Our Clients' Trust

MarinBio professionals have extensive high-throughput and multiplex QPCR and QRT-PCR experience, for example, using the Abcam FirePlex system for analyzing miRNAs directly from small amounts of tissues, cultured cells, other biofluids. The assay consists of (a) capture of selected miRNAs on encoded hydrogel particles, (b) ligation of specific adapters to each bound miRNA, (c) target amplification using a single, universal primer and (d) recapture of amplified targets onto the hydrogel particles. Assay readout is performed using a flow cytometer. The use of the state-of-the-art MarinBio Attune NxT Cytometer Flow Cytometer enables automated profiling of up to 65 or more target miRNAs of choice simultaneously across tens to hundreds or more samples. 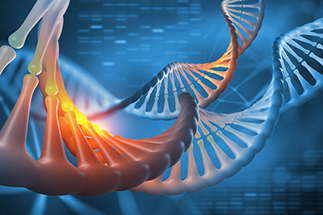 speak to a scientist

Speak to a Scientist